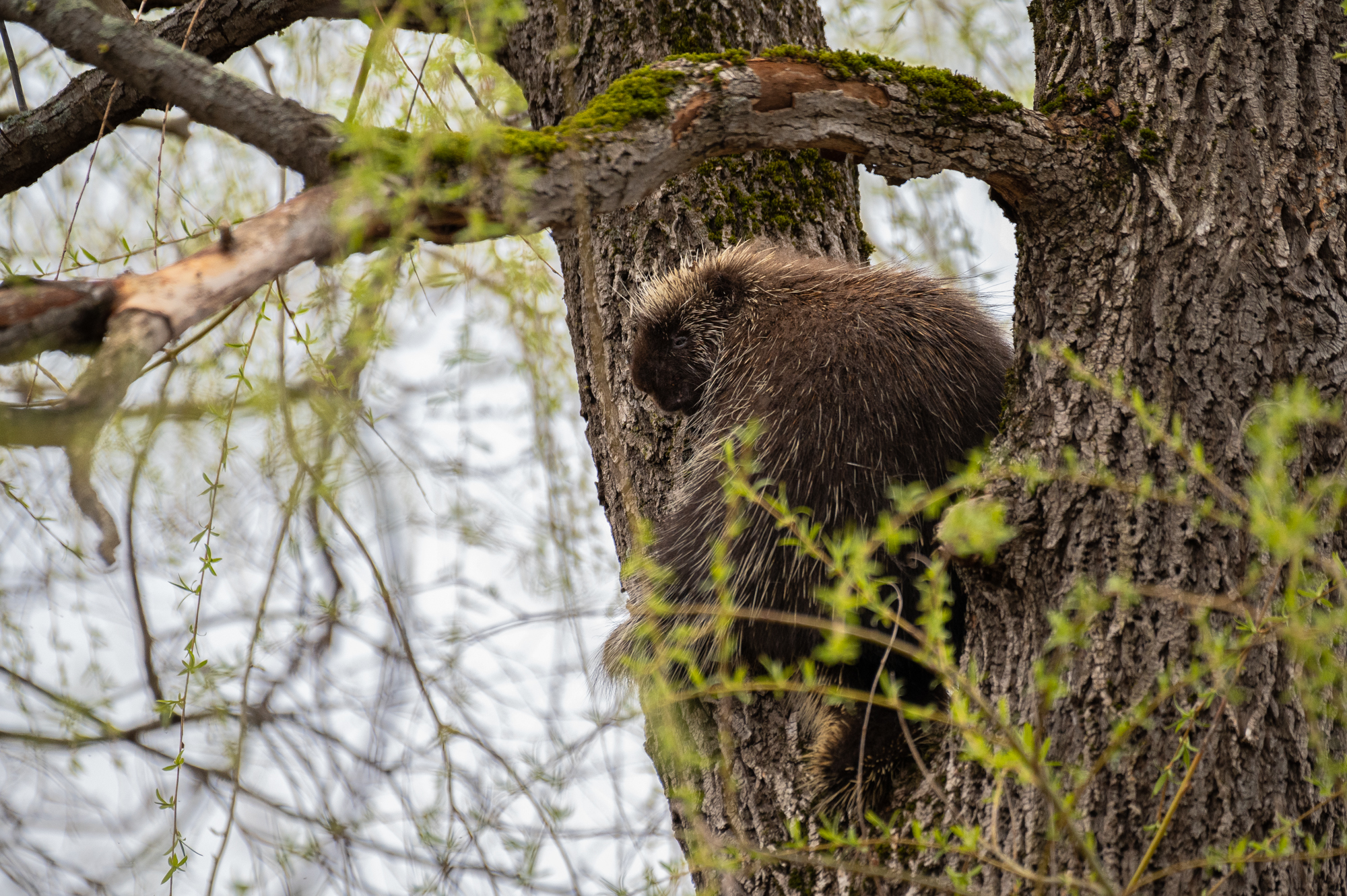 It’s that time of year again!  The sun is shining, the birds are singing, and the plants are budding. And taking full advantage of the tender, freshly budding leaves are porcupines!

Porcupines live in a world of their own…a very…verrry…veeerrry slow world. With few predators, these balls of quills – which they do not and can not shoot – lumber around on their own schedule. Living in dens underneath rocks, inside of logs, or in trees, porcupines tend not to draw attention to themselves. Their den sites can be easily found by heaps of their scat (elongated, woodchip-like pellets) piled underneath rocky outcrops or small caves. Most of their lives is spent up in trees however. During the winter, they browse on the cambium layer of trees (the layer just beneath the bark where water and minerals flow up and down the tree), preferring hemlock, spruce, and fir. They will also gnaw on the trunks and branches of beeches, which is clearly visible from afar by looking for blonde strips where the porcupines have gnawed away the bark. For conifers however, porcupines go after the ends of branches where there is the most nutrients. Evidence of their activity in conifers can be observed by looking for numerous clipped branches underneath hemlocks, spruce, and fir.

As Spring rolls around and plants begin leafing out, porcupines switch over from the less nutritious cambium to eating the fresh leaves and shoots of trees and grasses. That is what I found this fellow or lass doing. It had camped out along the lake’s edge in two willows absolutely feasting on the newly budding leaves. 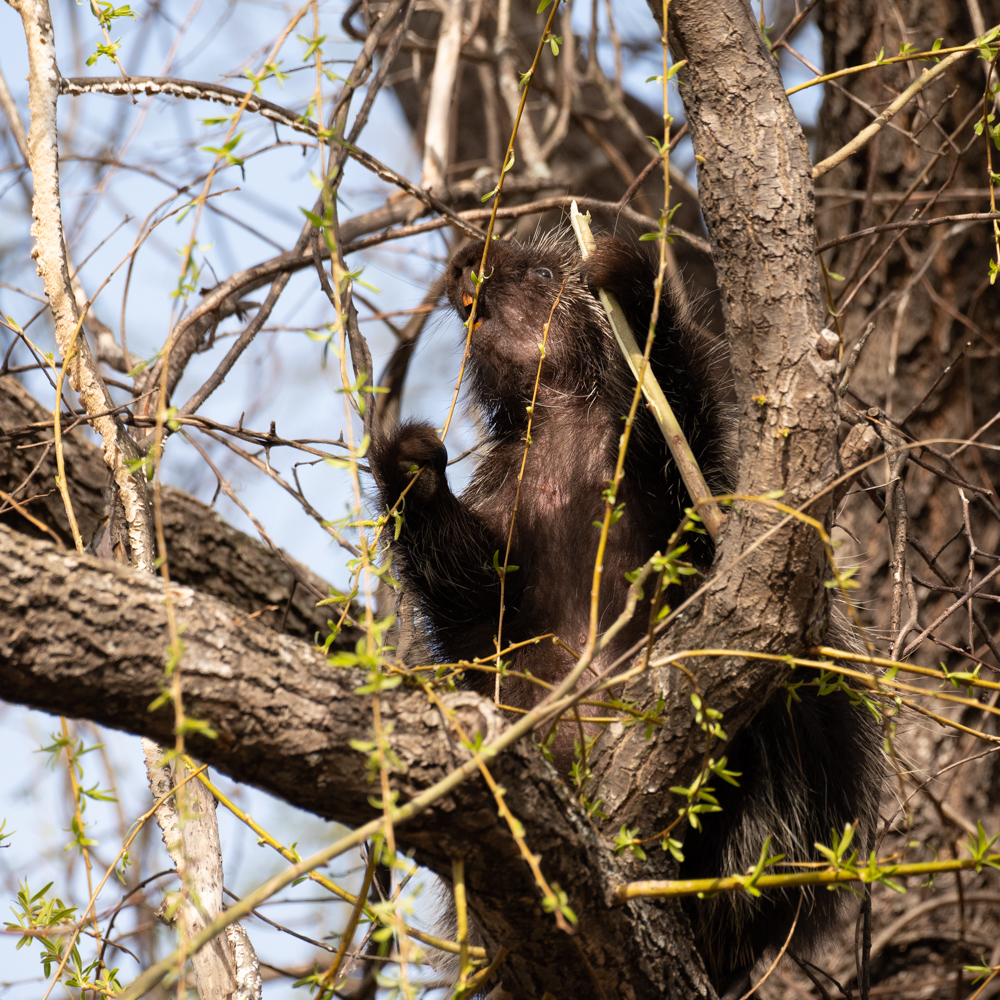 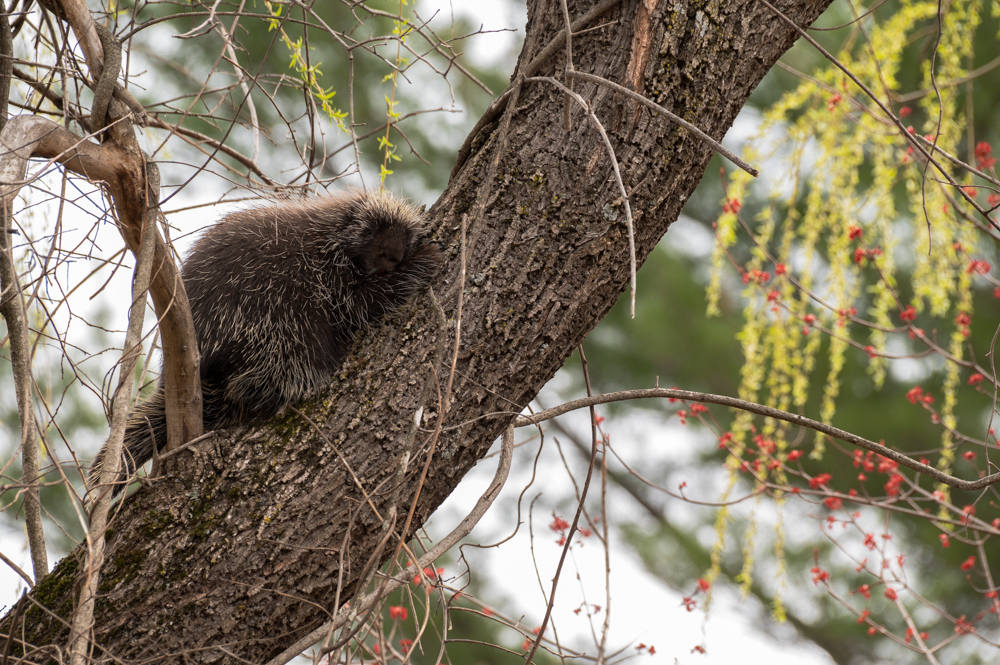