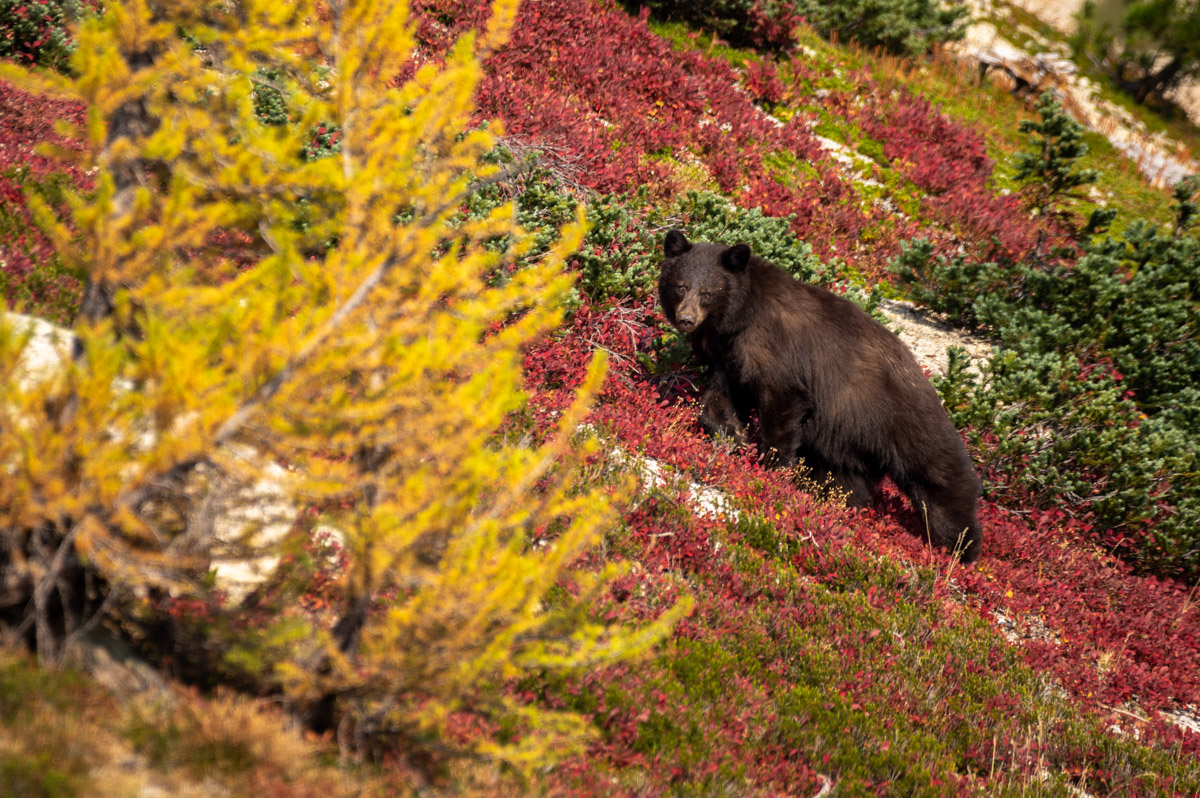 10
October 2022
Bear | Photography | Washington | Wildlife
Hiking up in the North Cascades was spectacular, despite the intense smoke. After spending a few hours wandering the high meadows, I started my descent. Out of the corner of my eye, a dark blob drew my gaze upslope, finally resting upon a lone black bear scavenging the last of the mountain blueberries. 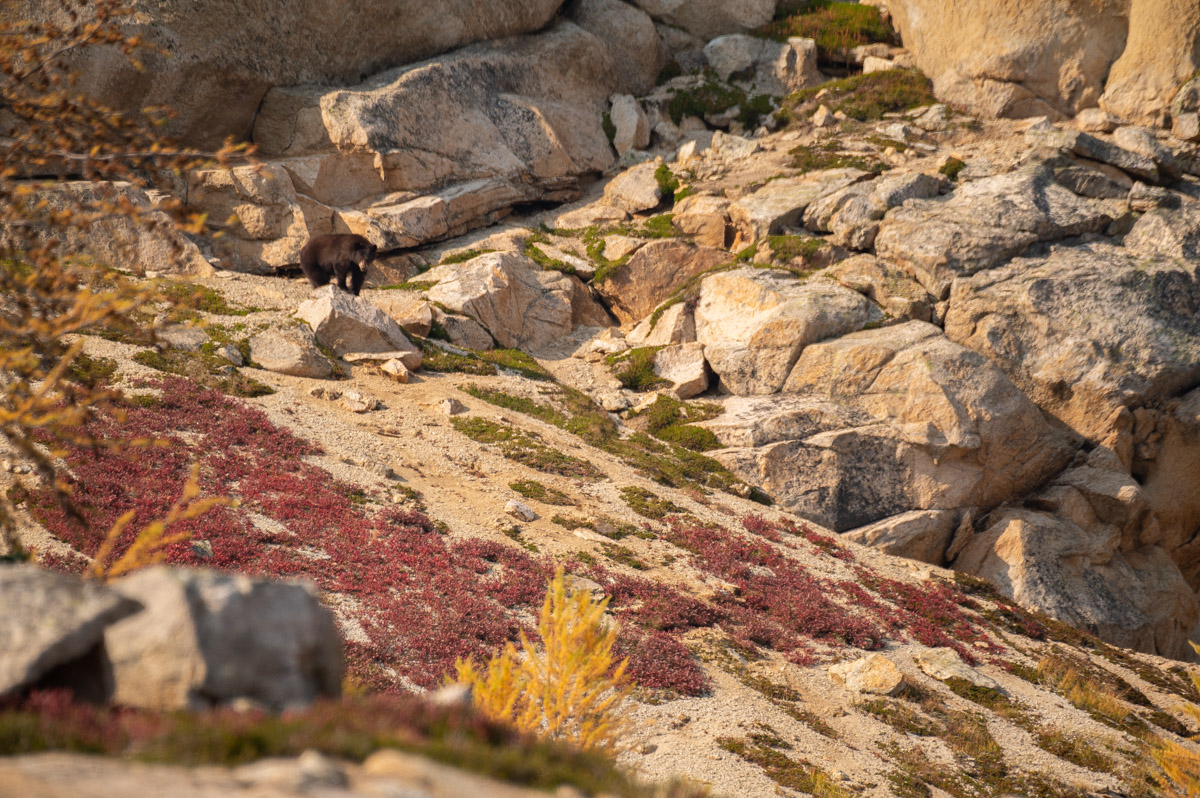 The bear standing silhouetted against the cliffs.

Keeping my distance (about 200 meters) I watched as it trundled along. The wind was blowing at my back and made my presence known to the bear. My scent wasn’t the only thing that was on the bear’s mind though. About a quarter mile behind me, campers were beginning to set up for the night, and where there are people there is food. Over about 20 min the bear began making its way toward and above me, headed straight for the camps. Stopping every so often to smell and taste the air, the bear  came ever closer, until it was nearly 40 meters from me. 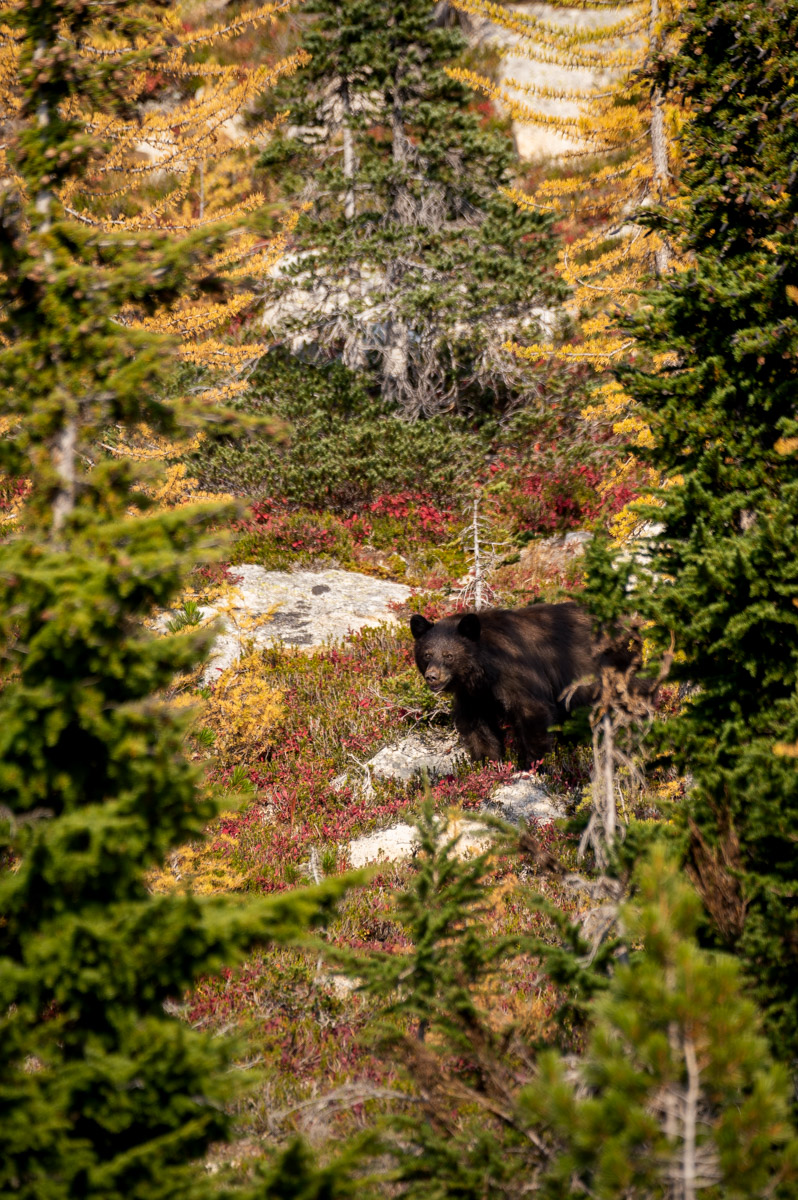 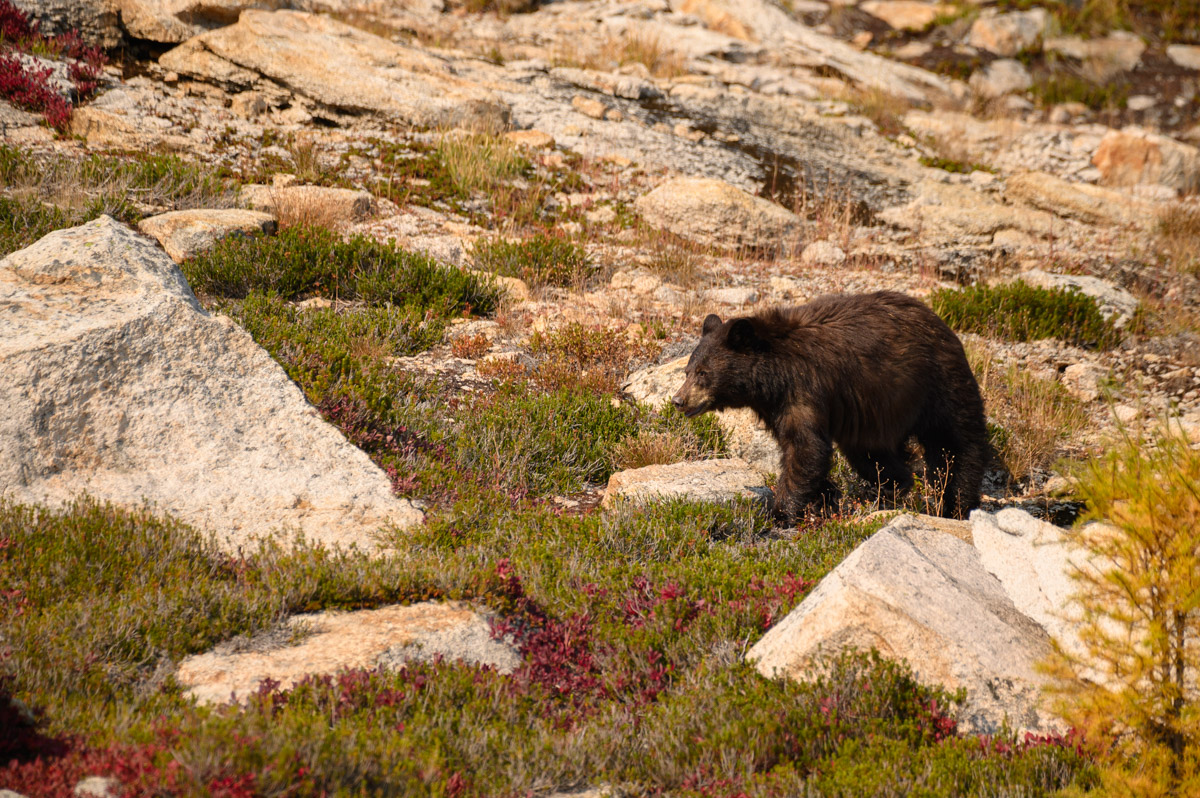 The bear walking across the slope in my direction. 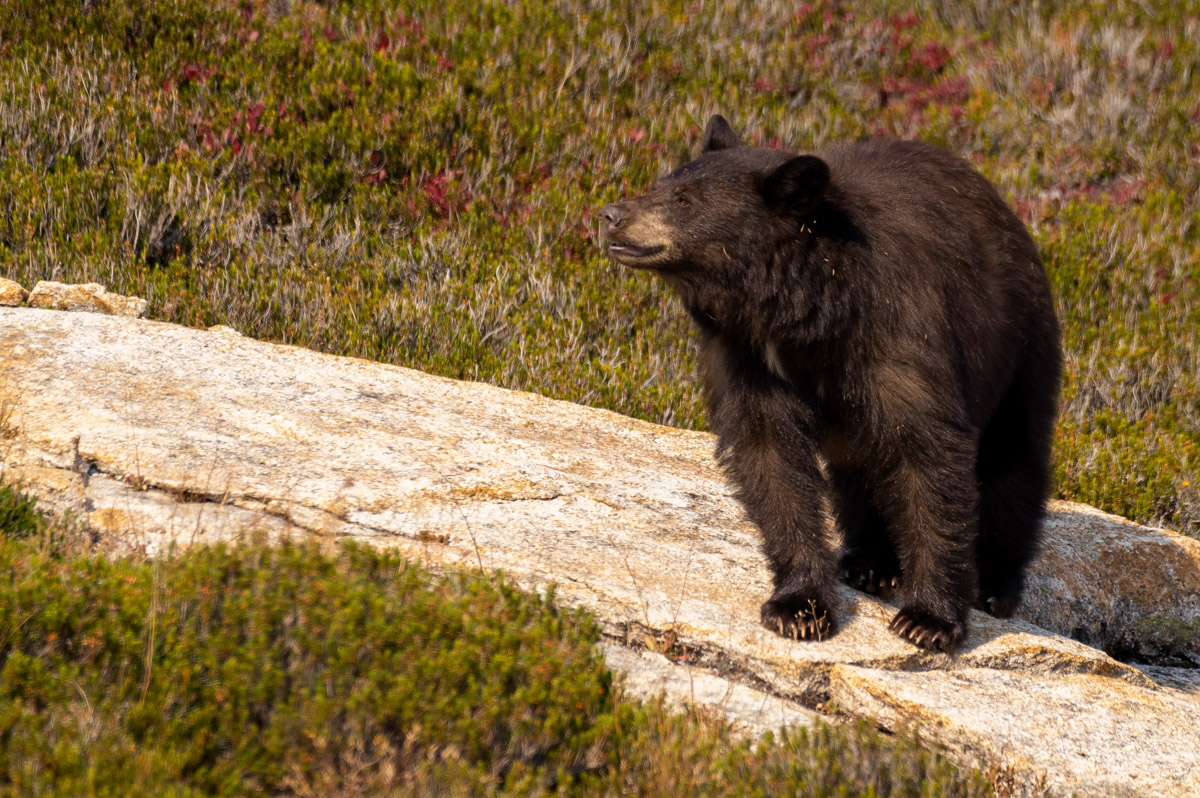 Stopping on a large boulder, the bear smells and licks the air.

Standing, and talking to it a little more as it approached, I felt relatively comfortable. The further it came toward me though, the more its attention drifted my way. It began making more direct eye contact, directly faced me, and would stand atop boulders. This sort of body language and behavior was telling me that my presence was no longer being welcomed, so I slowly worked my way down hill, always keeping the bear in my peripheral vision. As I moved off, the bear continued along its initially trajectory and resumed mostly ignoring me. 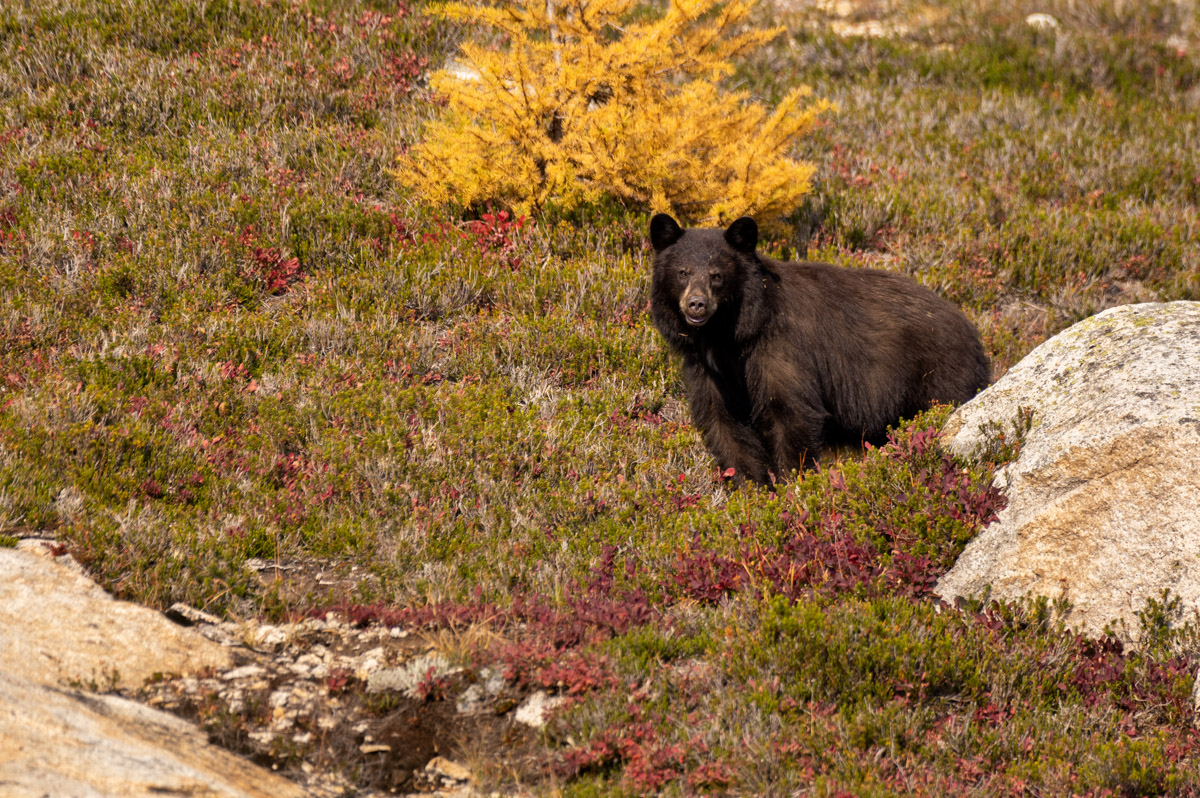 The bear working its way around me with a larch in the background. 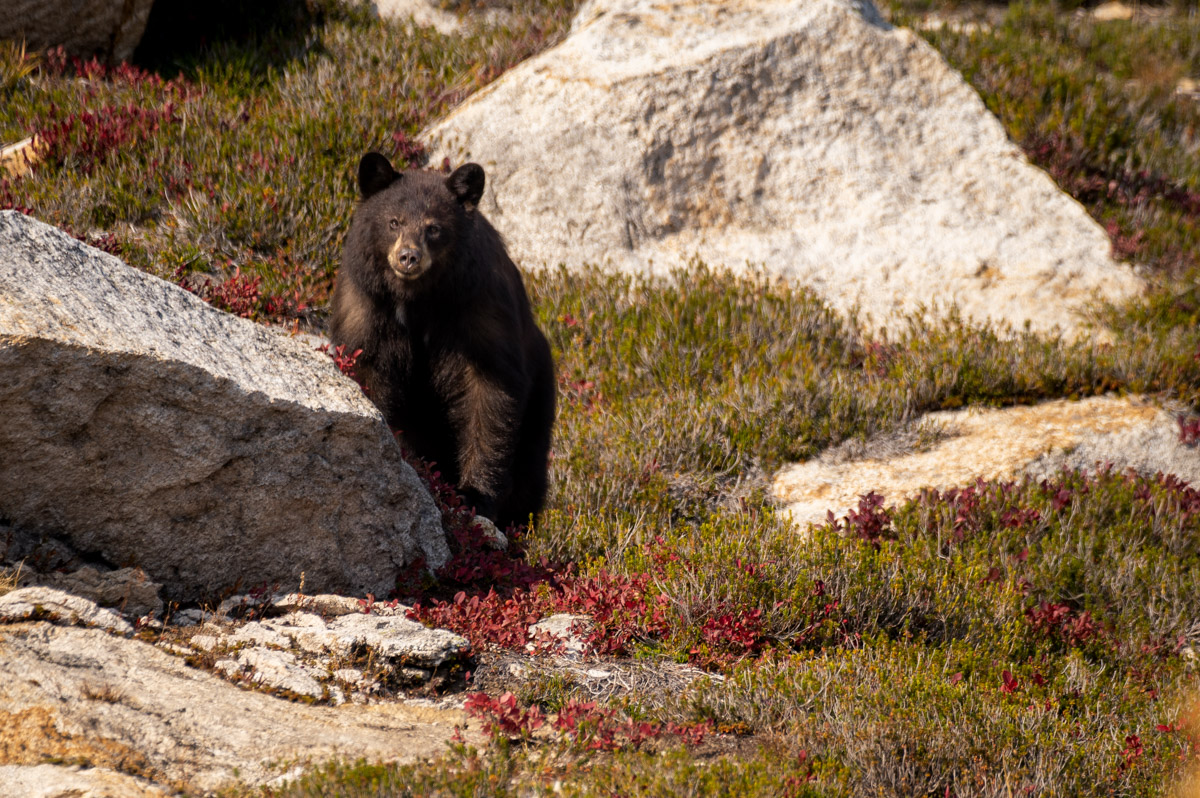 Feeling too uncomfortable with me so close, the bear stopped and partially climbed this boulder.